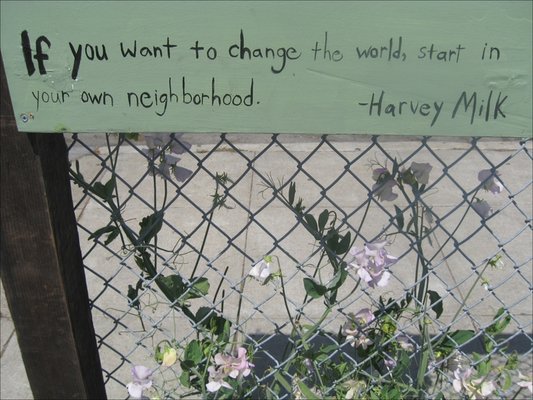 St. Paul implemented its system of district councils in the 1970s, under the leadership of former Mayor Larry Cohen.  At that time, the city was experiencing serious difficulties due to citizen unrest and discontent with its government.  Distrust of the city had resulted in “negative politics.”

To quell increasing levels of opposition and confrontation, Mayor Cohen assembled a committee to address “citizen feelings of powerlessness and alienation.” (See, Report, infra, at p. 9.)

The Committee found that much of the negative activity of citizen groups was “due to their inability to participate in the planning process until the plans of city hall, public and private agencies, or private developers were virtually, if not entirely, completed.”

The Committee set forth detailed recommendations in its report Making Democracy Work: a process for citizen participation.

To increase trust in the city government, the committee recommended establishing district councils  that would “give citizens early access to the city’s planning and policy making activities.”

The Need For Early, Broad-Based Participation

The procedures used by the city to collect and disseminate important information at the community level, were deemed ineffective or non-existent.  The city’s objection to substantial citizen involvement was that it would “slow down the process of government to an intolerable extent.”

The Committee’s conclusion, however, was that by denying citizens early planning involvement, “the city was slowing down government over the long haul,” and at “tremendous costs.” (See, Report at p. 12-13.)

In order to enable the most effective citizen participation, the Report repeatedly points out the need for district council autonomy.  This means that while establishing a district council would require each to adopt a corporate structure and enact by-laws, the internal council structure should largely be decided by each individual council.  Each district council should remain free to set its own priorities, recognizing that no two neighborhoods would have identical needs or interests.

The recommendation was to create a system of 9 to 15 councils with a suggested minimum population of 20,000.  At the same time, the report rejected any requirement that the districts have equal geographical size or population.

In fact, the report recommended that the citizens be allowed to determine their own district boundaries, allowing the neighborhoods to consider “natural boundaries, common problems, and citizen perception of boundaries.” (Id., at p. 27.)

The Committee recognized that the districts required something other than a cookie cutter approach; one size would not fit all.

In the end, 17 individual districts were established with populations ranging from less than 5000 to more than 25,000 citizens. District boundaries reflected natural and man-made barriers like rivers and lakes, railroad tracks and freeways. Consideration was to be given to each neighborhood's natural environment as well as its unique issues.

Unlike legislative districts or city wards, the district councils were designed to preserve and support St. Paul's strong neighborhood identities.